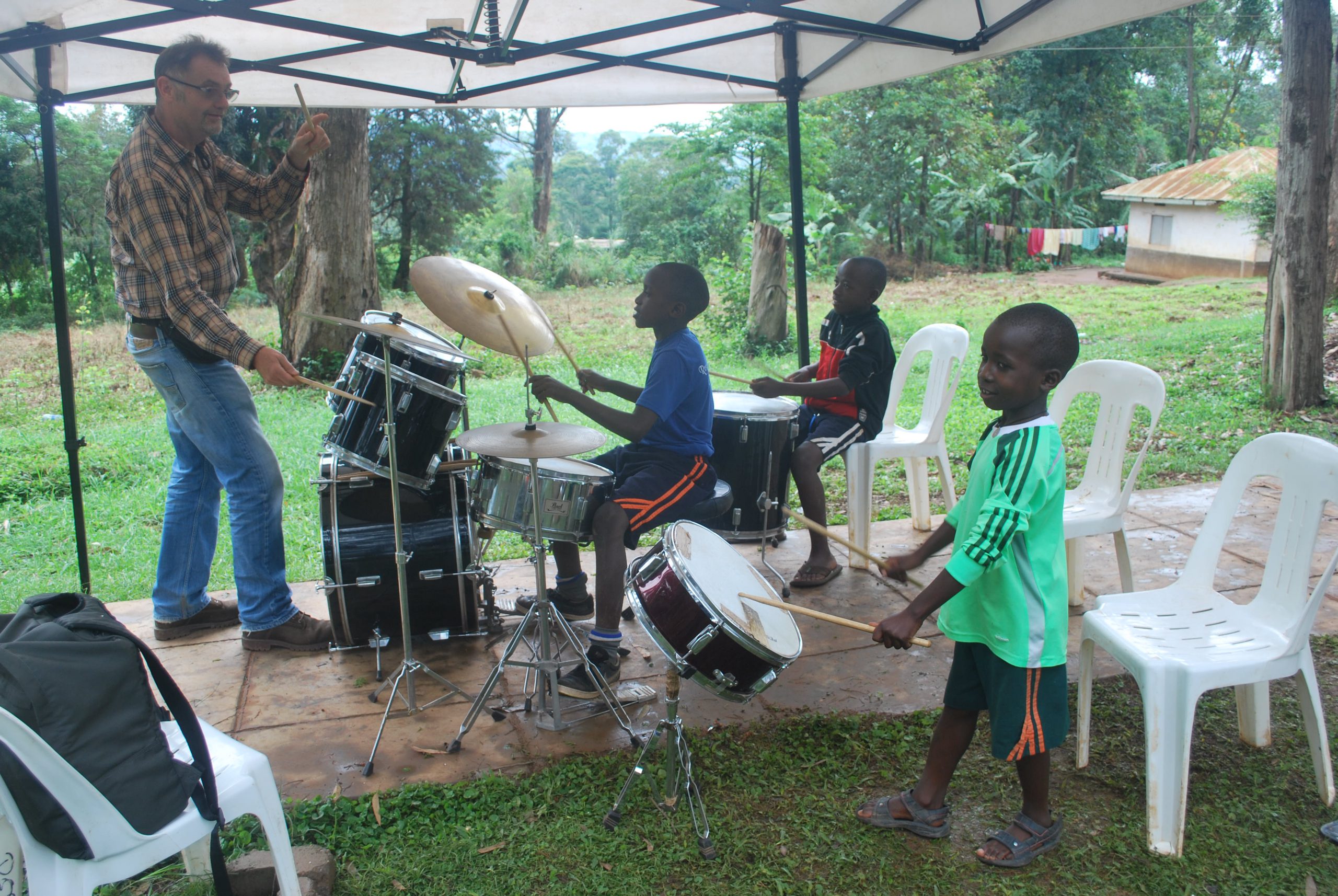 This is a member of the percussion group of musical instruments. It can also be called a Contraption, which defines the collection of drums and other percussion instruments. The drum kit is a part of the standard rhythm section, used in many types of popular and traditional music styles ranging from rock and pop to blues and jazz.

A snare drum, mounted on a standard stand placed between the players knees and played with drums stick which may include rutes or brushers. A bass drum, it is composed of a pedal operated by the right foot which moves or felt covered beater. One or more toms are played with sticks or brushes usually three toms, rack tom 1, 2 and the floor tom. A hi-hat (two cymbals mounted on a stand), played with the sticks is opened or closed with left foot pedal and played with sticks. It can also produce sound with the foot alone during the course of playing the kits.